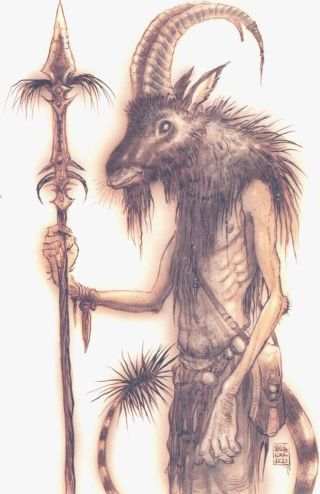 Notes: As applicable, Bulezau use all Spell like ability as if they were a 7th Level Mage and all are usable once per round unless otherwise noted. They can use a variety of mostly normal weapons.

Ed's Notes: In the Tanar'ri armies, if the Bar-Lgura are the Scouts, the Armanites are the heavy shock-troops and the Goristro are the heavy artillery. these guys would be the Foot Soldiers. Not the cannon fodder, but the Tanar'ri's answer to the Baatezu's Barbazu.
Posted by Niceguy Eddie at 7:12 AM