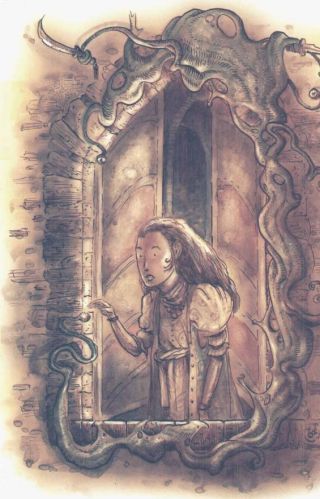 Note: As applicable, Alkilith use all Spell like ability as if they were a 11th Level Mage and all are usable once per round unless otherwise noted. Items are damaged from it's touch as follows:


Ed's Notes: Cloudkill, Enervation, Hold Person, Wall of Fire, Poison AND they can DESTROY YOUR FUCKING STUFF?! Only the most EVIL DM would make the Party face such a monstrosity. Truly the stuff of nightmares. (I can't wait!)
Posted by Niceguy Eddie at 6:51 AM