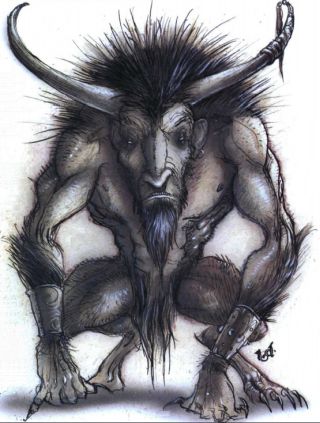 
Ed's Notes: If the Bar-Lgura are the Scouts, and the Armanites are the heavy shock-troops, then these guys are the heavy artillery. Truly terrifying to behold. 5d8 if they step on you!

Also... the MS in PoC says they're immune to Cold "like all Tanar'ri." But I think that's a typo, because ALL Tanar'ri AREN'T immune to Cold. They take half damage. So that's how I'm writing it up here.
Posted by Niceguy Eddie at 9:06 PM