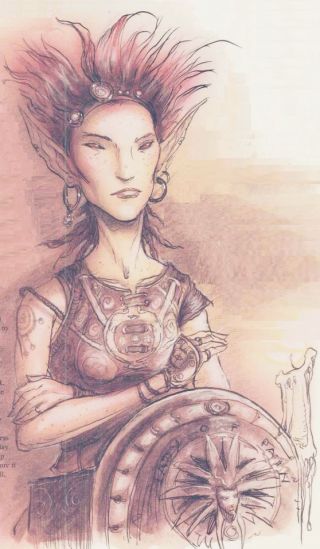 
Ed's Notes: A passionately bigoted planarist, who HATES Primes. Teams wit Koe and Tripicus to run weapons to various sides in the Blood War, in order to keep the conflict going, and contain it within the Lower Planes. Typically doesn't carry a weapon. Doesn't really NEED one!
Posted by Niceguy Eddie at 7:44 AM