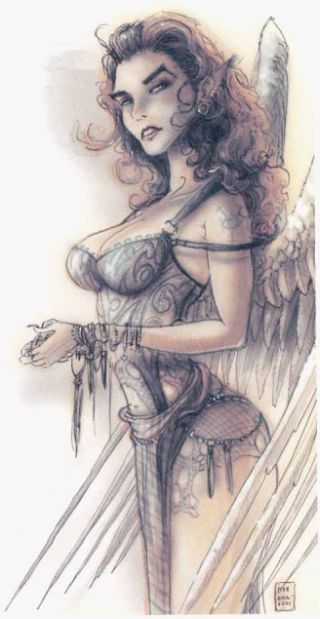 Ed's Notes: Baator's answer to the Succubus. No level draining, but still a powerful force of intrigue. Given the role as temptresses, and with their ability to travel to the Prime at will, they try to lure mortals back with them to Baator, after which they are turned into Lemures. Only 500 Enriyes exist at any given time and many refuse promotion rather than give up their unique role and special status.
Posted by Niceguy Eddie at 9:07 PM