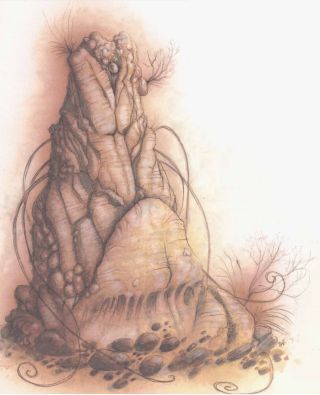 Bite: d8 + Poison as Spider
by Weapon +4 as Humanoid (18/512 Strength bonus)
Special Attacks:
Charm Person (per spell, Yochlol ability)
Darkness 15' Radius (per spell, Tanar'ri Ability)
Poison, as Spider: Anyone bitten must Save vs. Posion or die.
Web (per spell, Yochlol ability)
Special Defenses:
Gaseous Form (Yochlol ability): As Stinking Cloud (per spell) approximately 10' Tall and 5' in Diameter. Can only attack with Psionics in this form, but only be damaged by Magical Cold, Magical Fire or Magic Missiles. Gust of Wind will do 6d6 and Wind Walk will slay them in this form, instantly, with no Saving Throw. 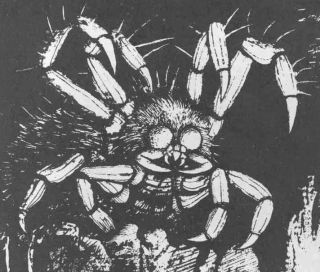 Notes: As applicable, Yochlol use all Spell like ability as if they were a 6th Level Mage and all are usable once per round unless otherwise noted. In humanoid form, they typically wear Armor along the like of Drow Elf Chain Mail (AC: 5). For Weapons, they tend to favor Short Swords, Hand Crossbows and Javelins.

Ed's Notes: Mental note: Rear up on how Psionics work before letting the PC's visit Lolth's Realm in the Demonweb Pits!
Posted by Niceguy Eddie at 10:00 AM