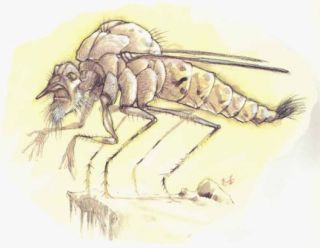 Note: As applicable, Chasme use all Spell like ability as if they were a 8th Level Mage and all are usable once per round unless otherwise noted.


Ed's Notes: You know... These are are tough, I guess, but as Tanar'ri go, I'm just not sure I do them justice enough to make them look "FLEE IN TERROR FOR 4 HOURS" tough. I mean... Even BALOR don't make you flee for that long. Is that a typo/mistake?
Posted by Niceguy Eddie at 8:56 AM