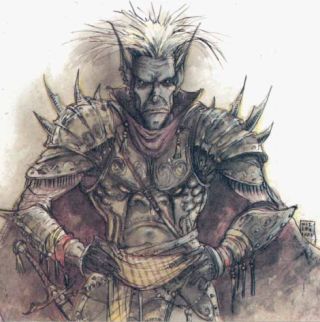 Cambions with Intelligence of 16 or greater can cast spells as a Wizard of a level equal to their Hit Dice, and a randomly determined spell book.


Ed's Notes: Does anyone actually bother with MAJOR Cambions? It just seems like MARQUIS Cambions are all that you ever see. Lol. Also, better have a few randomly rolled up, just in case the PC's run into one randomly. Their all unique, so you don't want to have to do all of that on the fly. Lol
Posted by Niceguy Eddie at 8:10 AM