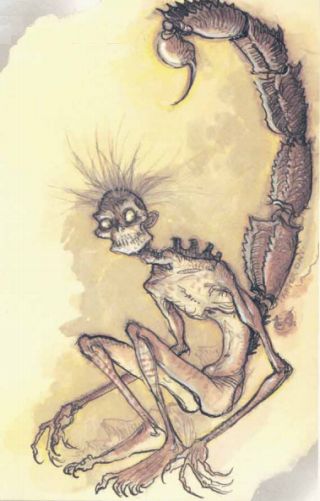 Ed's Notes:  If the Baatezu were cops, these guys would be like Internal Affairs. They basically go around Baator looking for Baatezu that aren't being the best (worst) they can be to sweep up into Blood War conscription or discipline in some other manner. PC's should still be extremely wary of them however!
Posted by Niceguy Eddie at 5:40 PM