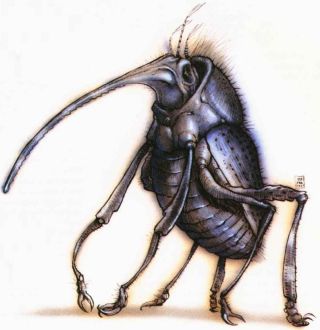 Note: Their typical weapons are usually a pair of some sort of Scalpel or cutting blade, which in their powerful and skilled hands does [Speed 2, d8/d8] Half of this damage however is healed within 4 hours.

Ed's Notes:  Literally Baatezu torturers. So... Best in the biz, more or less.
Posted by Niceguy Eddie at 5:59 PM