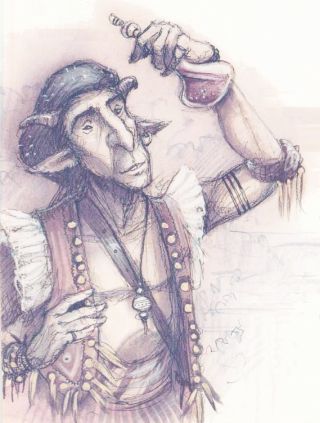 Location: his Lab, on Copperman's Way in the Market Ward, a few blocks from Chirper's, near Ensin's Discount Elixirs


Ed's Notes: Wooly is a good source to help the PC's make potions and also to identify them, if they're of unknown origin. Be careful though... He tends to take a taste to figure it out, and there's a chance he'll just gulp it down. (On a failed Wisdom check, for example?)
Posted by Niceguy Eddie at 4:17 PM