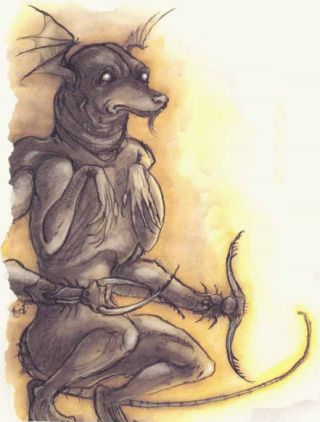 Note: As applicable, Glabrezu use all Spell like abilities as if they were a 10th Level Mage and all are usable once per round unless otherwise noted.


Ed's Notes: On the Grab/Hold special attack the book said this was usable on a successful claw attack. I simply feel that this is in error, so for several reason here, I'm house-ruling that this should say "pincer," as listed above. Also, it seems like they should be worth more that 12,000 XP, at least based on Tanar'ri with similar HD. I'll have to come back and re-calculate that sometime. (I'd estimate that around 15,000-16,000 though would be more accurate.)
Posted by Niceguy Eddie at 11:58 AM